I am trying to create a customized quad for Ware New Cycanotype chemistry and struggling to get a smooth target print.

Looking at the results and the negative it looks like there is just way too much density being generated for the highlights.

Is there a way with PIezoDN or PPE to provide a top limit for overall max density for a process? 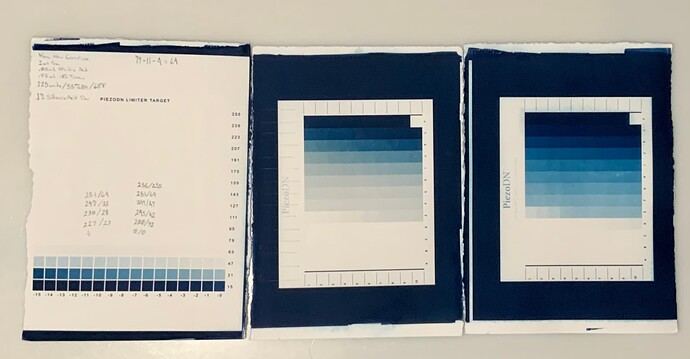