Anyone had this happen? It’s precipitating at room temp?

What’s your room temp? Probably not unusual if it goes below ~65°F or so. Try warming it up by setting the bottle in a bowl of warm water.

71 deg I tried warming the bottle and filtering it. The visible solids are gone but it still crystallizes on the paper, making it unusable. I will try 20 micron filters next.

Are you using the pre-sensitized bottle or pure pt/pd and then adding the sensitizer at coat-time?

can you please show photos? @jon-cone and @pmalde should see.

What paper are you using? And are you adding Tween or glycerin? Your problem will not resolve by filtration. This has to do with the paper.
Looking forward to hearing back from you. Or call me and we can sort this out quickly then report back to the forum.

I have had an issue with what appears to be a sort of irregular and splotchy crystalization on the surface of the coated paper but so far only on one particular paper. It happens to be the one I am using for this project, Gampi Torinoko (which is no longer being made, at least not the version I am using, and I am almost out of).

The solution to the problem in this case is to dry the coated paper with warm air from a hair dryer immediately after coating — no lag time at all. I have not seen this problem on the other papers I have tested with this chemistry including Revere, Platine, and Herschel.

Keith - I have not used the Gampi you have, of course, but would like to try anything similar and arrive at a specific solution to the problem. Can you recommend a paper that is close, chemically and structurally, to what you are using? Thanks.

Unfortunately, there is really nothing else like it. In 2016 I bought up the last I could find of it from Hiromi, McClain’s, and NYCentral. I found a paper by the same name at a few other places including Takach, Renaissance Graphics, and Graphic Chemical & Ink, but all of that though superficially similar turned out to be different enough in use as to be useless for this purpose.

Here is Hiromi’s page for it from the Wayback Machine c. April 2016:

With the Ammonium System I get a similar Dmax but more than a full stop longer exposure scale.

As I’m sure you know, the names of washi, as sold in the US at least, tend to be less than reliable as an identifier. In this case, Gampi is the name of the fiber, and Torinoko is a descriptive term that refers to an “eggshell” texture. Those terms can be found in the names of several other washi none of which are anything like this one.

Strangely, Legion lists a Gampi Torinoko on their website but with slightly different specs which seem to match what I got from Takach, et al, but they never responded to my sample requests and the contact person there who I had been referred to by someone (Michael Ginsberg, I think) also never responded.
https://legionpaper.com/gampi-torinoko/

What I called “crystalization” above might better be described as a sort of irregular surface sheen or gloss that does not disappear upon drying.

Perhaps you can see what I mean on these pics from a while back when I first encountered the problem. The first 2 are on either Revere or Platine, so I was mistaken when I said above that I hadn’t had this issue on those papers. I guess I had forgotten since I haven’t been using them. The third is on my Gampi Torinoko. I can eliminate the problem by drying with hot air immediately after coating rather than letting it rest for a few minutes first as has been my usual practice. 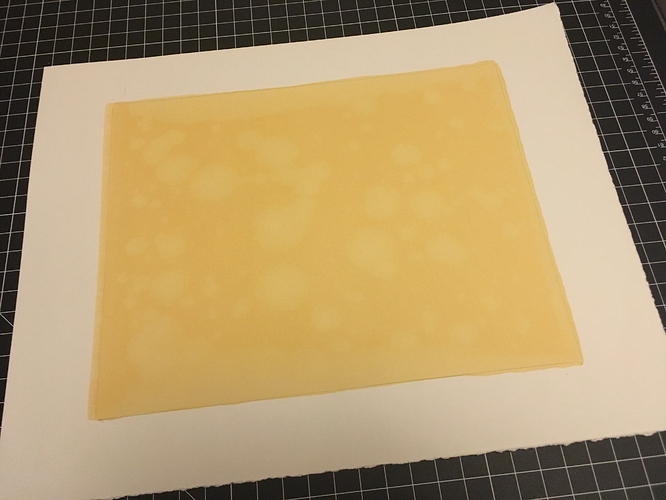 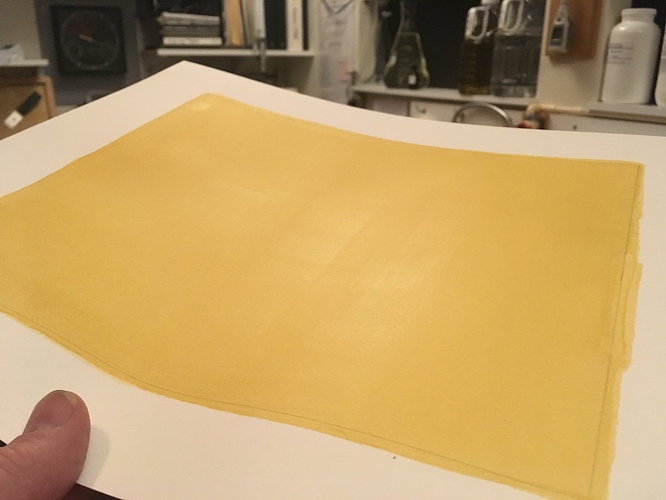 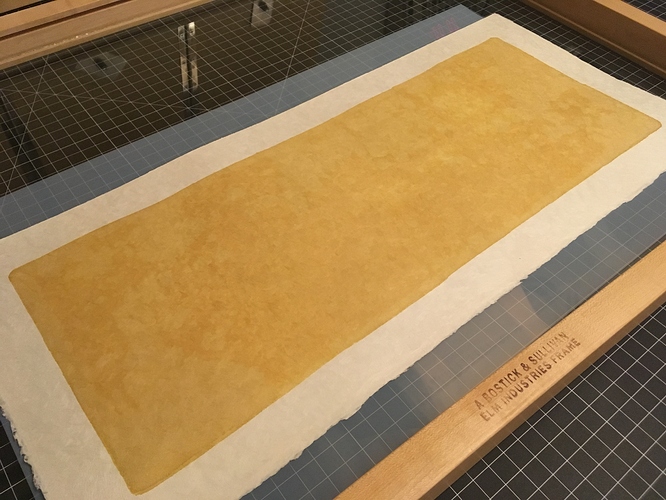 Unfortunately, my hopes that these irregularities would vanish after exposure and processing did not pan out. It persists as a sort of differential glossiness. (Sorry no pictures of that.)

I’ve been using Legion Revere and it looks exactly as Keith’s photos.
I talked to Pradip and he suggested I add Glycerine to the mix, in addition to Tween. I was only using Tween:
1.4cc pre-sensitized Pt/Pd + 0.07cc Tween 10% + 0.07cc Glycerine 10%.
Then if that doesn’t work Pradip suggested adding an additional 0.07cc distilled water to the mix.
And if that doesn’t work he suggested pre-humidifying the paper prior to coating.

I did try Arches Platine last night with pre-sensitized Pt/Pd and 0.14cc Tween and it did not crystalize.

I will do as Pradip suggested and report back.

We always use glycerine w/ revere. Hope that works for you.

I was having great prints without glycerine and with tween earlier this year…now that the RH has dropped it may be the cause.

Excellent! In the interest of efficiency, could you try pre-coat hydration for 5min at 74% RH, followed by the rest as you describe above?
Thanks, P

Yes Pradip, 5 min is enough.
I have switched to the presensitized method 1 (warm) because the highlights are better than method 2 (neutral). Thanks. V